Become involved in theater either on stage or behind it.  We have three productions each year:  a fall comedy or drama, a winter musical, and a spring comedy or drama. 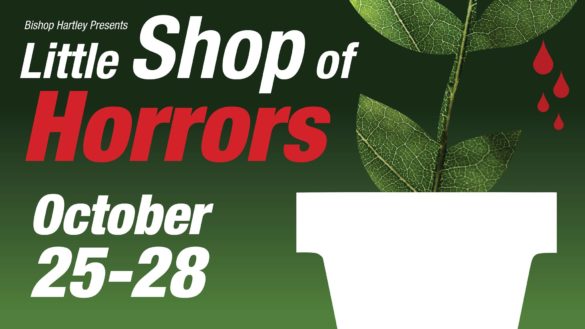 Auditions for the 2019 Winter Drama 12 Angry Jurors and the Spring 2019 Musical James and the Giant Peach will be held Monday, November 5 and Tuesday, November 6.  Please view the audition packet for 12 Angry Jurors HERE and the audition packet for James and the Giant Peach HERE.  Also in the packets are forms that you should complete and bring with you to your audition.  Click HERE to sign up for your audition.

This is a very exciting opportunity for our drama members and the department itself. As in any sport or activity where Varsity Lettering is offered, students will need to put forth many hours, hard work and dedication to achieve a varsity letter in Drama. A student will not simply receive a letter for participation. Only the most dedicated, deserving students will earn a varsity letter. Students desiring to receive a Varsity letter in Drama must accumulate 100 points by the end of the 2015-2016 Drama Season. Points will be awarded accordingly, based on the various roles (both acting and behind the scenes) and activities in which students can participate. Point criterion can be found HERE and more information will be available soon.

All students in good academic and conduct standing.

Fall and Spring plays, Winter Musical: every day during production